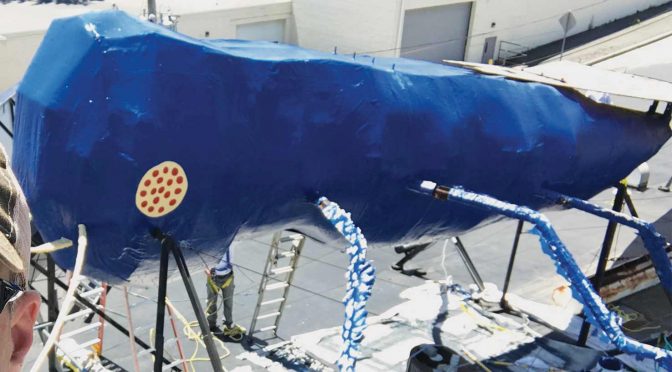 A giant fiberglass termite, a graffiti-spraying vandal and a really ticked-off community. This is the tale of Nibbles Woodaway, and how a Providence painter and Sherwin-Williams set things right again.

Nibbles Woodaway, also known as the Big Blue Bug, has been the mascot of a pest control company in Providence, Rhode Island since 1980. At 9 feet tall and 58 feet long, the fiberglass-and-wire-mesh construction is 928 times the size of an actual termite. On June 5, employees of Big Blue Bug Solutions came to work and found that someone had broken in and sprayed the bug with graffiti.

Graffiti has been a growing problem in the city, and there was an outpouring of support for the local landmark, which has been featured in several movies. Tony DeJesus of Big Blue Bug Solutions reported that more than 100 people called offering to repaint the giant termite.

“We read about it in the newspaper and immediately called up and offered to paint it,” says Mike Moffitt of Dennis Moffitt Painting, which won the job. Meanwhile, local Sherwin-Williams sales rep Anthony Petrosinelli called and offered to donate the materials needed for the job.

The job had its share of challenges. “It’s in full sun and gets a lot of grime from being next to I-95,” Moffitt says. “The surface has lots of contours. It’s also full of drywall screws used to hang Christmas lights so we had to brush around all of those.”

After powerwashing, they applied a shellac primer and a topcoat of Pro Industrial™ DTM Acrylic, a coating designed to withstand the harsh conditions of busy commercial and institutional environments.

“The DTM went on easy and the color was so vibrant,” Moffitt says. “I even noticed how much the color popped as I was painting.”

“People here are happy the graffiti is gone, but we’ve been getting even more comments about the color,” Moffitt says. “And now we can say we painted the largest bug in the world.” 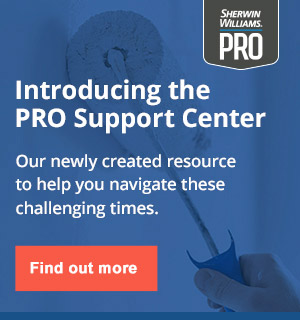 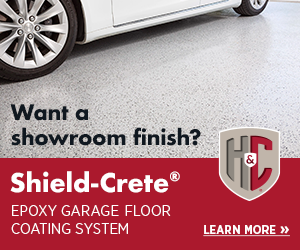 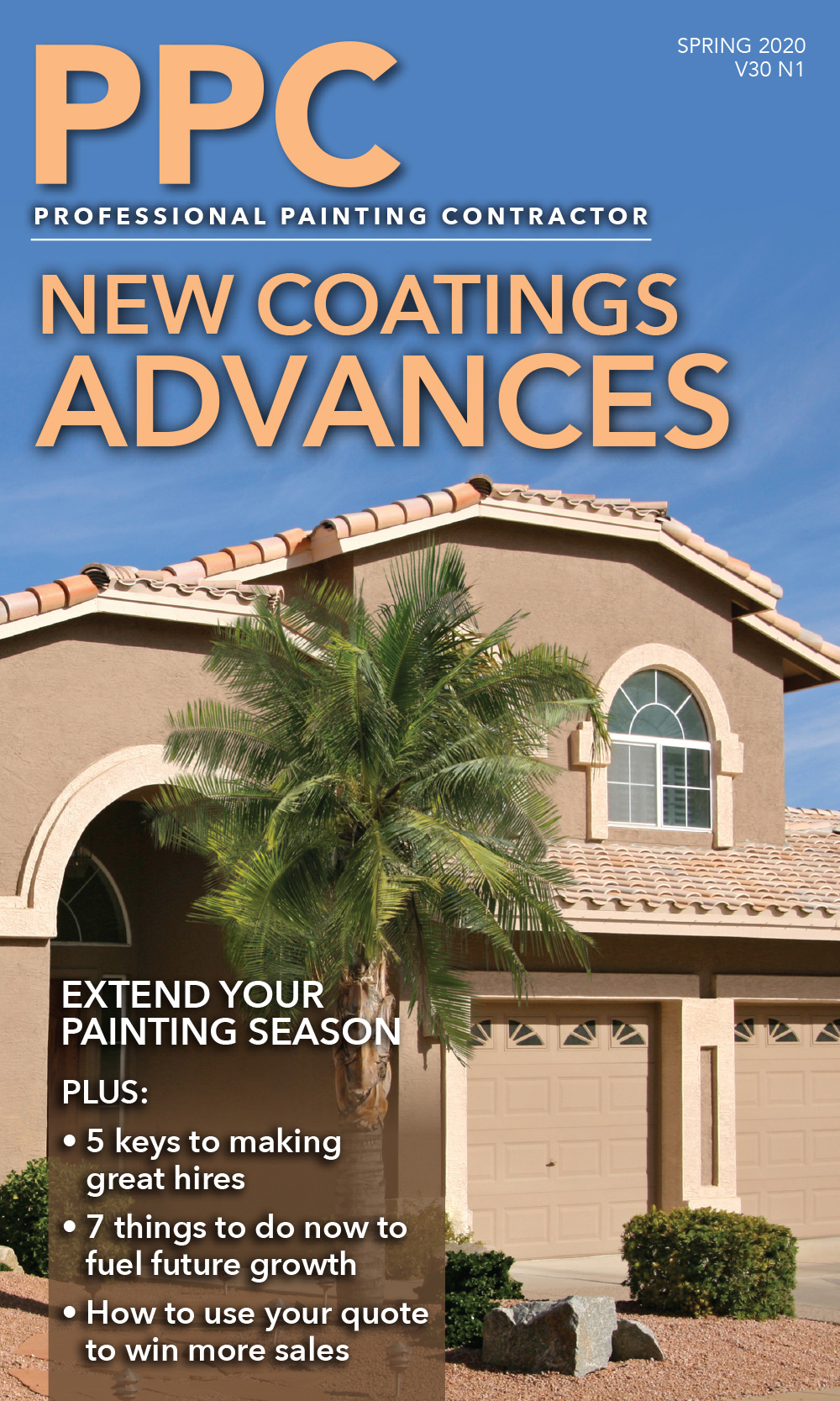