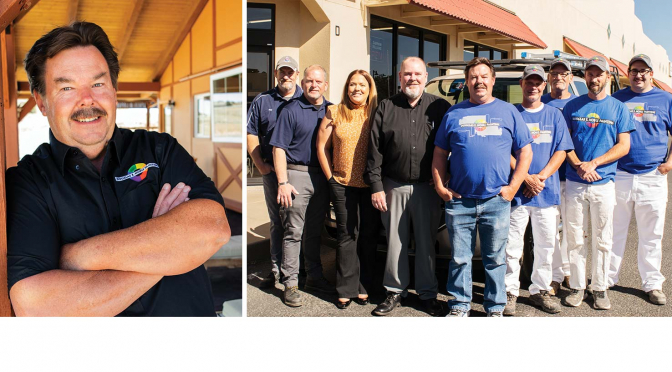 Prescott, Arizona-based Douglas E. Noble Painting LLC was first profiled in the Summer 2015 issue of PPC magazine. We caught up with owner Doug Noble for the third installment of our Where Are They Now? series.

If you work in any trade for more than 40 years, you’re bound to witness a lot of change. Doug Noble has seen plenty in his time as a professional painting contractor.

Off to a fast start

“My father started the painting business when I was young so I grew up learning the trade,” Noble says. “As time went on, I would help him out whenever I had days off from school.” Later, he would walk from high school and change into painting clothes on the jobsite whenever his dad had a project close to the school.

They specialized in painting old Victorian homes. Working on them was fun and a good way to learn about paint and color and how his father treated people.

“One thing he always told me was never cut corners or cheat your customers,” Noble says. “He always did extras for his customers and told me how it would pay off in the long run. It was good advice.”

Carrying on the tradition

When his dad retired, Doug and his wife Linda took over the reins of the business. In 1993, they moved it with their family to Prescott, Arizona, focusing on repainting custom homes.

Since then, Douglas E. Noble Painting has built a strong reputation with homeowners throughout central and northern Arizona by carrying on the tradition of quality work and customer service that Doug learned from his father.

“In our many years of owning homes in different states, we feel we’ve never had such a flexible and creative paint company changing the look and feel of our house,” says Prescott Lakes homeowner Linda Barone.

With this kind of word of mouth, it’s easy to see why the company is thriving.

“So many people are having work done on their homes and are calling every day looking for estimates,” he says. “This year has probably been the busiest that we’ve ever been.”

To keep up with the demand, Noble has a crew of four full-time painters, while he does all the estimating, checks on projects and keeps in regular contact with customers. His wife Linda is a crucial part of the business, fielding customer calls and doing the scheduling and the books.

“There’s a lot on her shoulders and she also enjoys talking to people as I do, and educating them on the products we use,” Doug says.

Changing with the times

While his approach to service – “making sure we are doing the best job possible for our customers” – has never wavered, Noble has seen plenty of other changes in the industry.

“Back in the day, we would advertise in the newspaper and the phone book,” he says. Then the internet came and changed everything from a marketing viewpoint. Besides the company website, he and Linda keep up a healthy social media presence, which he says doesn’t need to be time consuming.

“I’ll take pictures of homes we’ve done and post before-and-after photos to Facebook,” he says. “People like those, and we get a lot of feedback from that – especially the homes where you see big color changes.”

The other major change Noble has seen has been in the paint products he uses.

“My plan for the business is to always improve, whether with the products we use or to educate our customers on why we use certain products,” he says. “What’s nice about Sherwin-Williams is that they regularly come out with new products that help make our job as painters easier, while giving our customers the satisfaction knowing what we are putting on their houses is top-of-the-line stuff.”

Back in New Jersey, he and his father relied on oil-based paints in their residential work.

“When we used oil-based paint, we just knew how good that was, and to switch over to latex was kind of a scary thing,” Noble says. But if there’s been one huge improvement he’s witnessed, it’s been in the quality of water-based coatings.

For one example, he mentions the Emerald® line of premium paint products, such as Emerald Urethane Trim Enamel.

“We use Emerald Urethane paint all the time for doors and door jambs and painting cabinets,” he says. “It’s so easy to work with, and it has a hard finish. We love it!”

He also appreciates all the enhancements made to the SuperPaint® Acrylic Latex line over the years.

“If you use certain products, sometimes you work harder and not smarter,” he says. SuperPaint helps his team work smarter.

Bottom line, he says: “We use only the best products to make our job easier.”

No time to slow down

After more than 40 years in the business, is Noble ready to retire?

“I think about it, but then I talk to my guys, you know, and I say I really enjoy going out and talking to people and educating them on the paints and color and this and that.”

So, no. He’s not slowing down anytime soon.

“I’m 59 years old, so I’ve still got some time,” he says with a laugh. “I think it seems to be pretty perfect right now the way things are.”

This article was originally published in the Fall 2022 issue of PPC magazine. ©2022 Northbrook Publishing. Story by Mike Starling, PPC editor. Photography by Charlene Troche. Read more about what pro painters have discovered on the job in the PPC magazine archive. 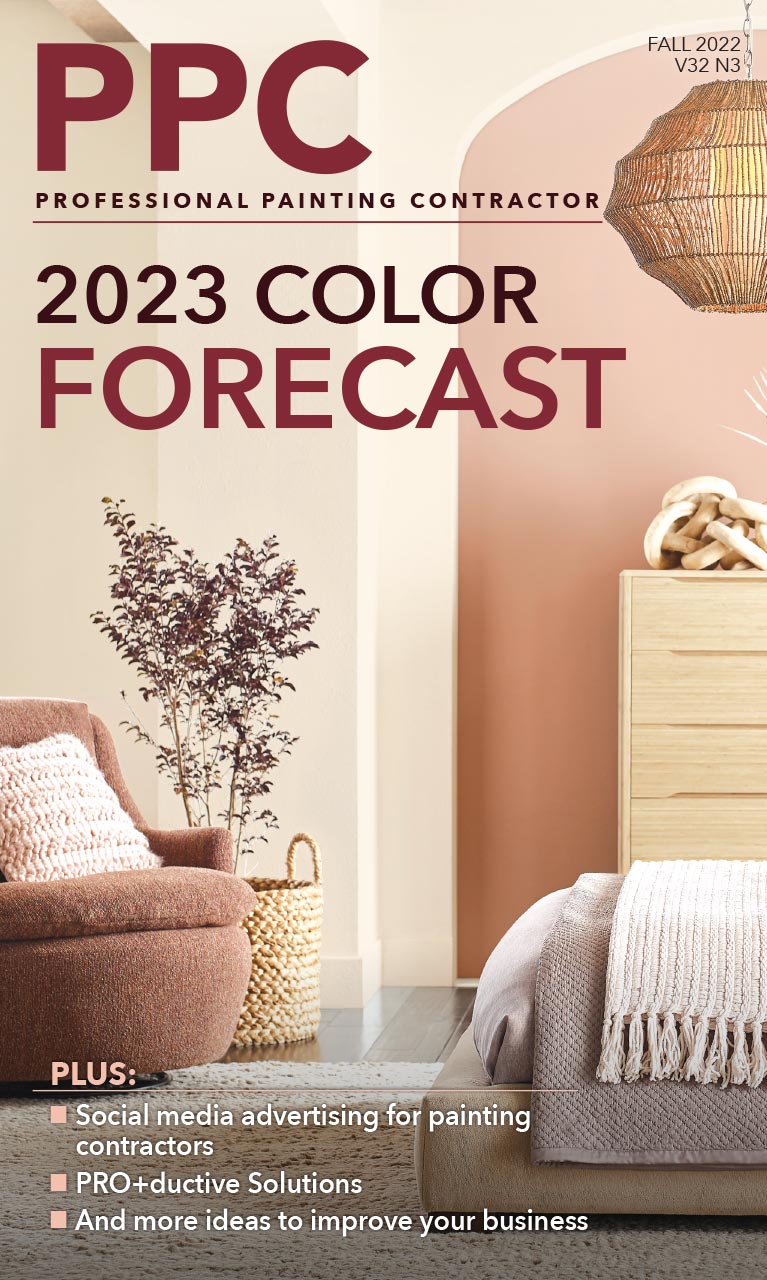