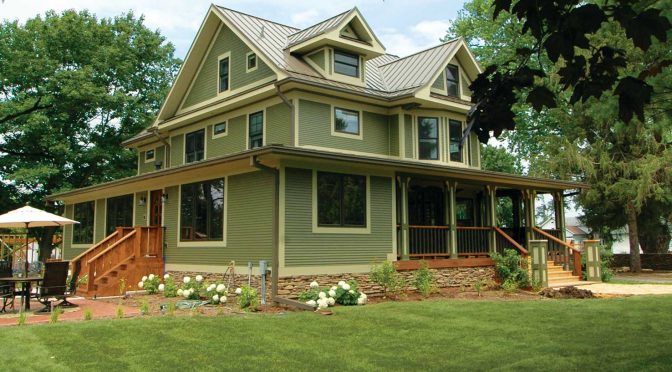 Near the middle of its 3,000-plus miles is the National Headquarters of the Lincoln Highway Association in Franklin Grove, Illinois. The village of 1,000 people is also home to one of the highway’s oldest – and newest – attractions: The Lincoln Way Inn.

New life for a historic inn

Built by lumberman C.D. Hussey in 1912 – one year before the Lincoln Highway was completed – the inn found new life last summer when it was reopened as a boutique bed and breakfast.

Turning the 104-year-old property into a premium tourist destination was a year-long labor of love for owners Lisa and John Ayres and Brumbly Brothers Construction.

The building exterior was stripped down to bare walls, and new additions expanded its footprint from 4,000 to almost 7,500 square feet. Extensive interior renovations were made as well, and Emerald® Paint was used throughout the project on both exteriors and interiors.

“I’ve been painting professionally since 1980, but this was the first time I used Emerald,” says Tris Brumbly of Brumbly Brothers Construction. “It made a huge difference in how the project turned out. With Emerald, we were able to make a pretty impressive statement with the finished appearance.”

Even the owner has noticed, he says, remarking on the ease of cleaning walls painted with Emerald Interior Paint.

“The coverage is phenomenal, and the paint blends really well,” Brumbly says. “Plus, the finish really makes the color pop.”

Everything under one roof

The project also called for a lot of wood finishes on both horizontal and vertical surfaces, including Sher-Wood® Precat Lacquer, Minwax® Water Based Oil-Modified Urethane and Minwax® Ultimate Floor Finish.

In addition, H&C® Clarishield Solvent-Based Gloss was used on the sidewalks to provide a durable, glossy finish that resists water, chemicals and UV rays.

The painters also relied on Sherwin-Williams for all their application tools, everything from rollers to liners to grids to plastic to tape to rags to Purdy® brushes. They even made use of Trimaco E-Z Floor Guards® for guests to wear at the open house.

The advantage of using the best

“Better paint calls for better applicators, and they always wanted our best supplies,” says Ben Katner, manager of the Sherwin-Williams store in nearby Dixon, Illinois. “They used their PRO discount to stock up at every Bucket Sale we had.”

For his part, Brumbly recognizes the contribution of his supplier’s service and product knowledge on the project.

“Ben really stepped up,” he says. “His recommendations were instrumental to our success, and he jumped through hoops for us to make sure we had all the right products when we needed them.”

As president of the Franklin Grove Area Historical Society, Brumbly has a special connection to this job. Still, he’s been amazed by the response it has generated in the community.

“It’s been the talk of the town,” he says. “The B&B has gotten so many compliments on the color choices, and it’s just very satisfying. We take a lot of pride in what we have created. It has really sparked a change of attitude in the people here, and inspired a lot of other projects.”

This article was originally published in the Summer 2016 issue of PPC magazine. Story and photography by Mike Starling, PPC Editor. Read about other successful painting projects in the PPC digital archive. 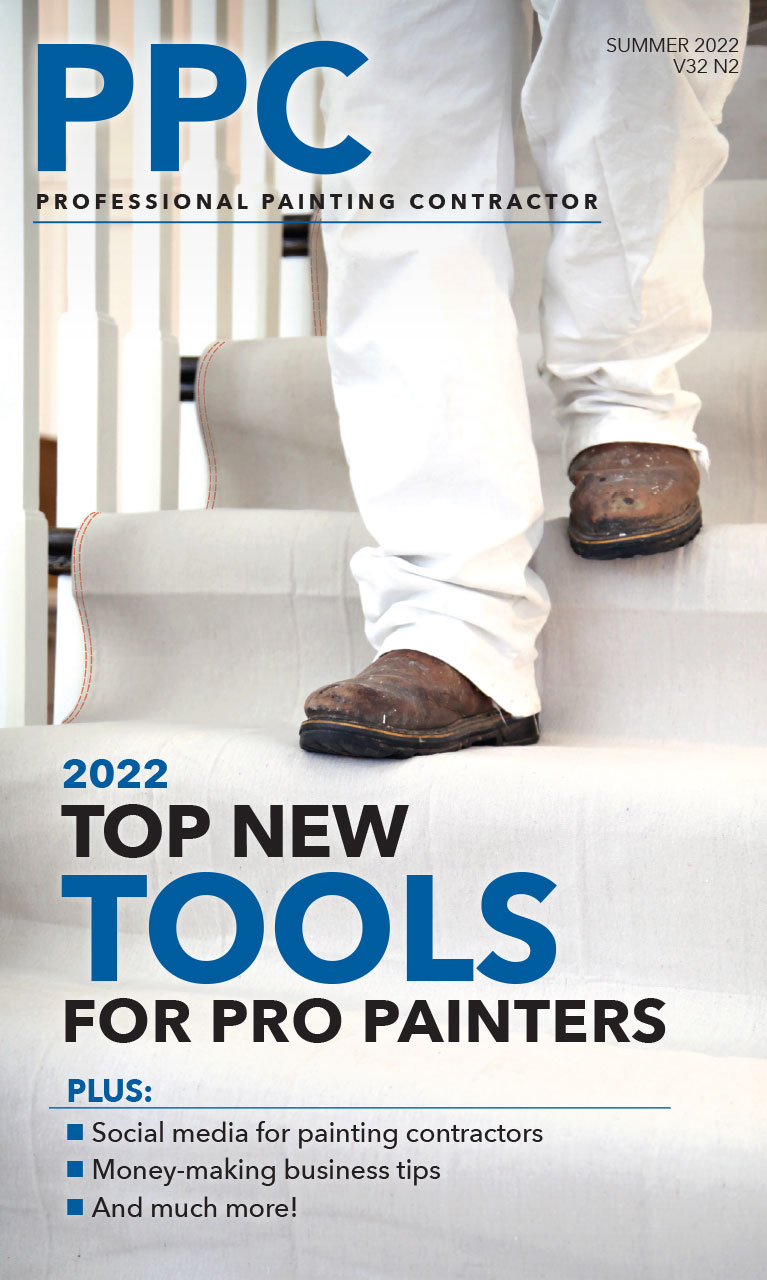